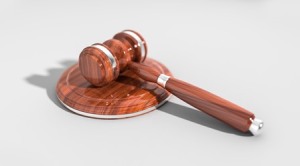 It’s not just the Mueller investigation that needs to be investigated, the revenge seeking mission to expose all those rats who had the gall to suspect the President was a crook, other investigations requiring investigation into their shameful waste of tax payer money are also now being considered:

The families of these people who had their lives turned upside-down by “Prosecutors Gone Wild” and who also participated in no collusion can now get their revenge thanks to their new Attorney General allies in the Justice Department.

This entry was posted in Humor, Politics, Satire and tagged Humor, Opinion, Politics.

James Comey, Andrew McCabe, Rod Rosenstein, James Clapper, John Brennen and Robert Mueller have all been victims of these vicious and false narratives.  It is especially disheartening to learn that members of “The Party” who happen to also be associated with law enforcement and our Judicial System (either present or past) have succumbed to the corrupting effects of “The Party” narrative.  Many, disturbingly, have bought “The Party” line without questioning its soundness.

These are people who should know better given their own experience within their own agencies regarding how political motivations can fuel injustice that unfairly damage or even ruin careers.  The reputations of good people can be unfairly called into question as a result of these false narratives being peddled.  Don’t judge a book by its cover—especially when that book cover is being fraudulently maligned by political malware distributed by members of “The Party” bent on distorting reality. It is malware that may even be threatening to malign the integrity of all who come into contact with it.  Tear off the maligned cover, open the book and read it to find the real truth.

2,000 years ago there was another Party of people who dedicated their lives to maligning the reputation of an innocent man.  Palm Sunday is today.  It marks the beginning of the week where that Ancient Party of religious scholars was able to turn a crowd that initially celebrated the man’s entrance into Jerusalem into a crowd that was calling for his crucifixion by the end of that week.

So manipulated was the crowd by that Ancient Party that the people even refused to set the innocent man free when the Romans made the offer to honor their tradition of freeing one prisoner of the people’s choosing.  Instead, the crowd elected to have a recognized criminal who committed murder set free in the innocent man’s place.  And the Ancient Party was behind all of this because the man dared to challenge their authority, question their righteousness and examine and investigate their religious honesty.

These party officials felt threaten by the truths that the man had revealed about themselves. How easily the crowd turned upon the innocent man after party officials sought their revenge with their false accusations. The people were willing participants in accepting the lies of these so called religious people without considering their own responsibility in finding out the real truth. Has much changed in 2,000 years?  There is a higher loyalty.  We need to think about that before we jump on the bandwagon of contempt and ridicule against people of integrity who are actually speaking the truth.

This entry was posted in Politics and tagged Opinion, Politics.